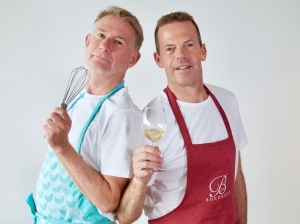 On March 29th 2018 Peter Rose presented on the influence of Dutch cooking in the United States. She was the keynote speaker at an event organised by the University of Amsterdam. She showed how the early Dutch colonists, founders of Nieuw Nederland, currently the states of New York, Delaware and New Jersey, brought Dutch recipes, tools and fruit to the US. Amazing to hear her talk about a poffertjespan owned by George Washington. Or why cookies are called cookies in the US, and not biscuits as in the UK. The word cookies is derived from the Dutch ‘koekjes’.
Later during the event we were invited to see the latest additions to the collection of books on cooking and etiquette. We were especially interested in a recipe for ‘oliebollen’, since Peter Rose explained the ‘oliebol’ is the origin of the donut. As Mrs. Rose clearly stated, the Dutch should be a bit more aware (and proud!) of their influence. And of Dutch cuisine we would add. 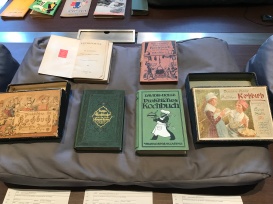 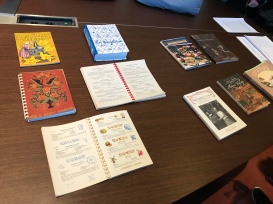 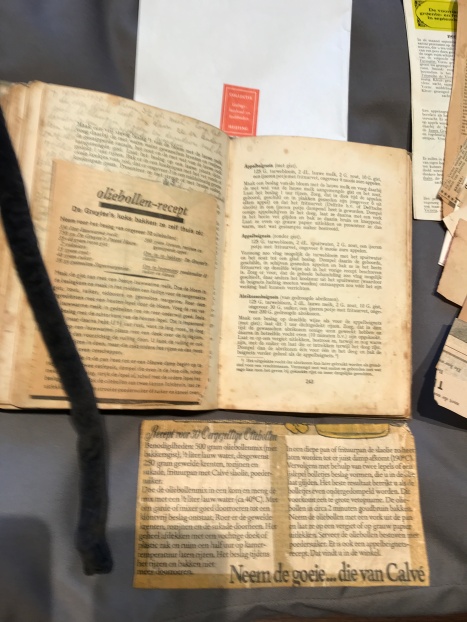